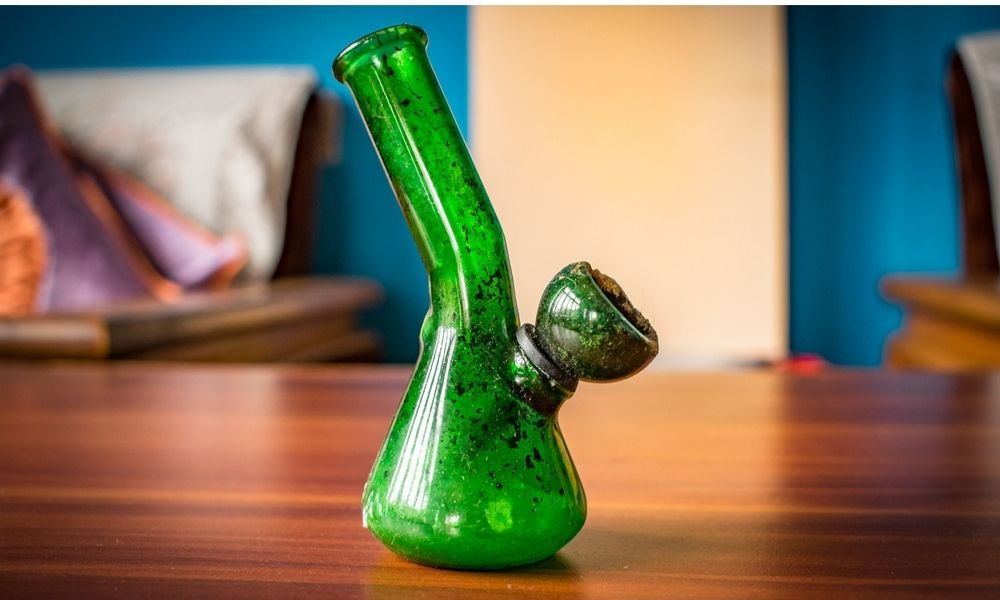 How A Bong Works

Whether you’re new to cannabis or you’ve been using it for a while, there’s a good chance you’ve heard of a bong before. You might even be vaguely familiar with its appearance. To many who’ve never used one before, they can look rather intimidating. The truth, however, is that they’re fairly easy to use once you get used to them. They also provide some of the best hits of cannabis. In this article, we’re going to take a look at how a bong works.

Parts of a Bong

Bongs come in a variety of shapes and sizes, but they all have some similar components:

The bowl is the deep, bowl-shaped part of your piece. You pack your bud here and light it. 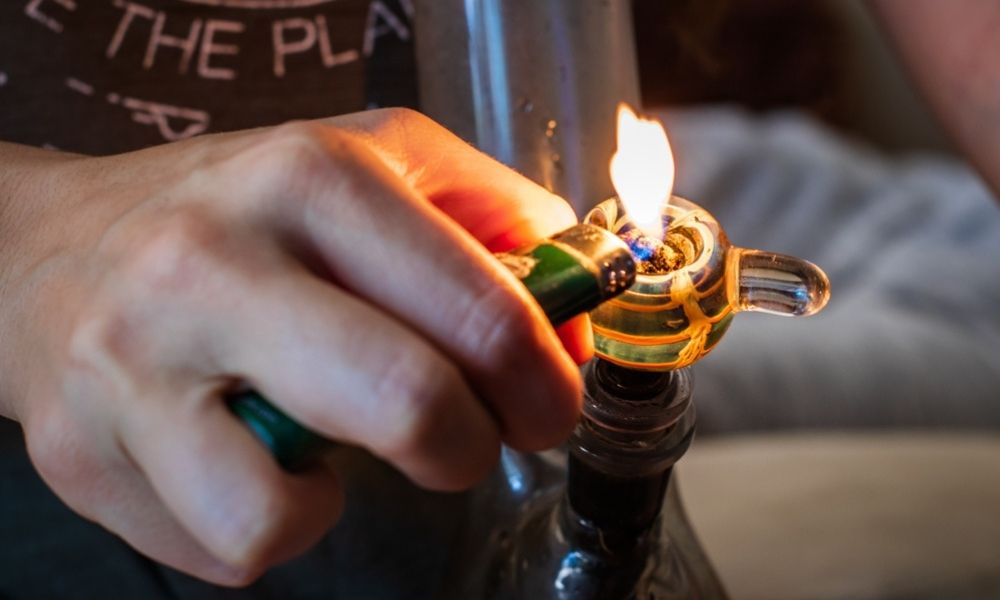 The downstem is a tube (which can be a single piece or two pieces, depending on your specific bong) that connects the bowl to the main part of the bong.

The base is the bottom of your bong. It holds the water that filters your smoke. You’ll find that bases come in a wide array of shapes. Some may be fairly simple, while others can create some interesting visual effects.

The tube is what comes up from the base and ends in the mouthpiece.

Some bongs also come with carb holes, which allow for better airflow. While not an essential component, some users won’t use a bong without one. Other bongs may also have a percolator, which is a piece of glass that helps to spread the smoke before it hits the water. In doing so, the smoke filters better and cools faster.

How a Bong Works For Relaxing

Now let’s take a look at how a bong works. Believe it or not, after you pack your bowl, the process starts at the mouthpiece. Before you light your bud, place your mouth over the mouthpiece and slowly begin to inhale. Next, light the bowl. As you inhale, you create a vacuum that forces the smoke down through the downstem and into the base.

Once in the base, the smoke gets filtered through the water. The water traps unwanted debris such as tar and ash, essentially “cleaning” your hit for you. It also helps to cool the smoke, so you’re not inhaling something too hot for your lungs. When you’re ready, inhale more deeply to draw the smoke from the base up through the tube and into your lungs.

It’s really that easy. Now you get to kick back, relax, and enjoy the experience as the cannabinoids begin taking effect.

Is a Bong Right for You?

One great thing about bongs is that they come in a variety of shapes and sizes. They’re also made from various materials, including glass, ceramic, wood, acrylic, silicone, and plastic. Price points range, but you’re almost certain to find something you like that fits within your budget. You may pay a little more for a higher-quality piece, but it’ll likely last much longer than those of lower quality.

While a bong can look intimidating to someone who’s never used it before, it’s actually pretty straightforward and easy once you get the hang of it. With a little practice, you’ll be taking hits like a pro in no time.